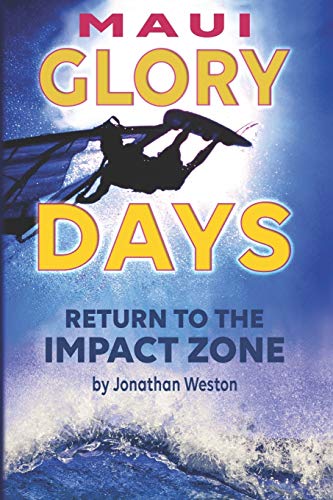 Reseña del editor ""Wind, waves, girls and rocks that loomed like sirens – what could go wrong? Jonathan takes us back to the exploits of rock and roll thrill-seekers who felt the need for speed and tempting unknown possibilities in the big wind, giant wave playgrounds of Maui. This book is the ‘Top Gun’ of windsurfing."" Bill Boyum, Author, Journals from the Edge.This is a story of one man's remarkable perseverance, survival, and ultimate triumph along the way of capturing Maui's golden era of windsurfing – Sports Illustrated and NPPA Picture of the Year award-winning photographer and filmmaker Jonathan Weston. From the early pioneering days of Kailua to the big waves at Hookipa and Jaws, Weston's greatest talent of all is revealed through words, as he tells the story of the Kings and legends of the sport as it evolved from those unwieldy ""white whales of death"" to sky-high death-defying performances in gigantic surf. A fictional yet accurate to character dialogue accompanies these remarkable true events of survival, from those lost at sea to near-drownings and helicopter crashes. Weston was the first filmmaker to take the audience along for the ride with his innovative point-of-view (POV) helmet-mounted 16mm movie camera. The thrills, dangers and behind the scenes experiences are all shared in this epic tale, and if that's not interesting enough for you, the Hemingway-esque tale of a young man at sea wrestling a marlin onboard a windsurfer while fighting off tiger sharks should. For others, a heart-rendering yet oft hilarious romantic comedy threads throughout. Remarkable images and the Wind Legends movie, also produced by Jonathan Weston, are in this book and posted in accompanying website, http://www.mauiglorydays.com