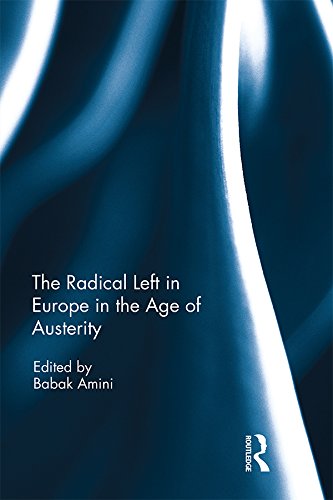 The complex trajectory of Europe after the 2008 global financial crisis, has led to the catastrophic failure of deep austerity measures that swept across the Union, and is reflected in the rise of some radical left parties such as SYRIZA as well as an unfortunate rise in far right and nationalist parties and movements. This collection brings together a group of European scholars and activists from various European countries to discuss the recent economic, political, and electoral changes in respective countries, and the current status and future plans of radical left parties and movements. This book fills a significant gap within the current literature in the English-speaking world on post-2008 Europe, featuring a nation-based European wide survey of the current activities and plans of radical Left parties and movements in relation to the mounting social, political, and economic problems in Europe. This book contributes to the discussion by presenting a realistic depiction of the existing radical Left forces in Europe. This title was previously published as a special issue of Socialism and Democracy.